The StoryTagger mobile app guides users to reflect and share short, focused video stories. Here are some of our frequently asked questions.

Is the app available for Android and iOS?
Yes, you can download it for free from Google Play and the App Store. Simply search for ‘StoryTagger’.

Does StoryTagger run on older devices?
All video apps use more processing power, so we’ve spent a lot of time optimising StoryTagger to work on older devices. Even with StoryTagger’s environmental sensing smart recording features it’s still is a lightweight app with most of the processing taking place on our Amazon S3 cloud servers. StoryTagger runs on iOS devices from iPhone 6, 6+, 6s,6e, SE, 7, 7+, 8, 8+ to the latest iPhone X family. It also runs on iPads as an iPhone app. On Android phones it’s a little trickier to pinpoint devices as the family is so broad, but to provide an idea the 2016 Samsung Galaxy 7, 2016 Nokia 6 and  2015 Samsung J5 will run StoryTagger 2.0 perfectly.

Why can’t we just record videos without the app?
Well, you can, but StoryTagger uses structured storytelling techniques to guide users to reflect and share short, focused video stories. Our customers tell us that without the app people struggle to reflect and identify what they should talk about, experience technical issues and often find it difficult to transfer large video files to secure corporate networks.

Does this make it complicated?
It’s true that StoryTagger guides people to go deeper than when you create a fun video on TikTok or Instagram, but it’s no more complicated. School kids to silver surfers use it with no instructions.

How much content can I create and curate?
Your team can create and curate as much video content as you need. We don’t limit any of the functionality on the StoryTagger platform, so you can take advantage of the great features we’ve built to help everyone share their best stories.

What skills does my team need?
The story manager contains toolkits, guides and copy snippets to help anyone with HR, learning, marketing or communication skills engage a community of knowledge sharers.

Do you provide templates
The story manager has templates to help you create content for a range of projects including career stories, supporting programmes, internal communications and many more.

Book a Zoom for a quick intro to StoryTagger

"StoryTagger team's support, flexibility and collaboration have been amazing in the past months. So delighted to be working with you on this project." 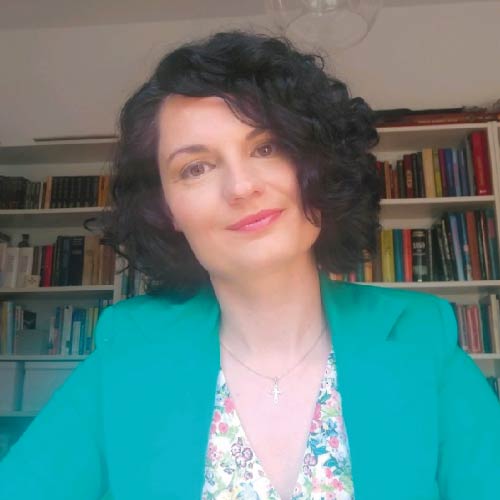 StoryTagger was designed for enterprise, so we’ve got everything in place to service the most demanding of onboarding processes.

Is StoryTagger GDPR compliant?
StoryTagger was developed in a post GDPR world, so our platform, End User Licence Agreement and privacy policies comply.

Do you have resources for our IT security and legal teams?
Yes, we have specific FAQs for these teams that provide extra detail. Please contact us to get a password to access this resource.

How long does onboarding typically take?
It depends on your internal processes, but it can take from just a couple of days to a couple of weeks.

Can we see your terms and conditions of service?
Sure, you can view them here.

We keep our plans simple with no hidden extras.

How is StoryTagger sold?
Our plans are based on how many active users will have access to the app at any one time.

What is an active user?
An active user is anyone who you’ve granted access to the StoryTagger platform.

Can administrators manage active users?
Yes, you can move users on and off the platform as you need. Removing a user will delete all of their records and videos for GDPR purposes so we advise retaining people who you need to record multiple videos (and allowing for this in the number of active users you require).

Is StoryTagger expensive?
No, we believe our platform should be accessible to all sizes of organisation. Our active user fees reduce to a few pence per year for group wide enterprise licences.

How do we pay for StoryTagger?
You can currently pay by invoice or credit card.

Supporting students through the pandemic with peer-to-peer video content

What happens when everything you think you know about a life-changing event changes? New university students are going through this right now, and increasingly turning to each other to share experiences. Carl Hodler caught up with Nik Taylor, Editor-in-chief at The...
FULL ARTICLE

Brighton learning companies team up on pro bono project to help TogetherCo respond to pandemic with user-generated content and digital learning for hundreds of new volunteers. TogetherCo, a Brighton-based loneliness charity who befriend vulnerable people in need were...
FULL ARTICLE

How can we support student experiences with video in higher education?

Higher education has never been more competitive so many universities are looking for innovative ways to create more contemporary, exciting and effective student experiences. Here at StoryTagger, we believe learning is key to growth and success, so we love a chance to...
FULL ARTICLE

How can you help remote teams feel connected and effective? Use the template below to help you support remote teams communication by sharing experiences and tips on video.Like many other learning and communication teams you may have experienced a shift in how they are...
FULL ARTICLE

Why are career videos important?   Are your people aware of all the relevant learning and career choices available to them? Many organisations recognise the need to raise awareness about the breadth of opportunity on offer, and career videos are a great way to do...
FULL ARTICLE

How To Create The Best Selfie Videos

Self-filming your experiences benefits you and others but we also aim to make it fun. When using your mobile to create selfie videos, there’s a number of things to think about. Here are our top tips to help you produce great authentic content. From planning your...
FULL ARTICLE

10 work challenges we can solve with user-generated video

A growing number of L&D teams are figuring out new ways to overcome some common challenges at work. Keep reading to discover how user-generated video is delivering significant impact and overcoming 10 of these important challenges at work:Here’s 10 ways...
FULL ARTICLE

Like many teams you may be relying on professional production companies to capture your colleague or customer stories and aid your video strategy. We have identified five reasons why it’s time to consider new, innovative ways of filming authentic, value-led content...
FULL ARTICLE

In this article Cheryl Clemons highlights three business areas that benefit from the real, human and inspiring qualities of user-generated video which can help with building trust in teams. Originally published on the Saba Lumesse guest blog in December 2018. What do...
FULL ARTICLE

How do you communicate in a crisis? Use the template below for sharing regular, authentic and supportive video updates with your people from your phone. Should I go into work? How do I maintain social distancing rules with customers? How can I find out more...
FULL ARTICLE
Your privacy is important to us. We also use cookies to improve your browsing experience. GOT IT!